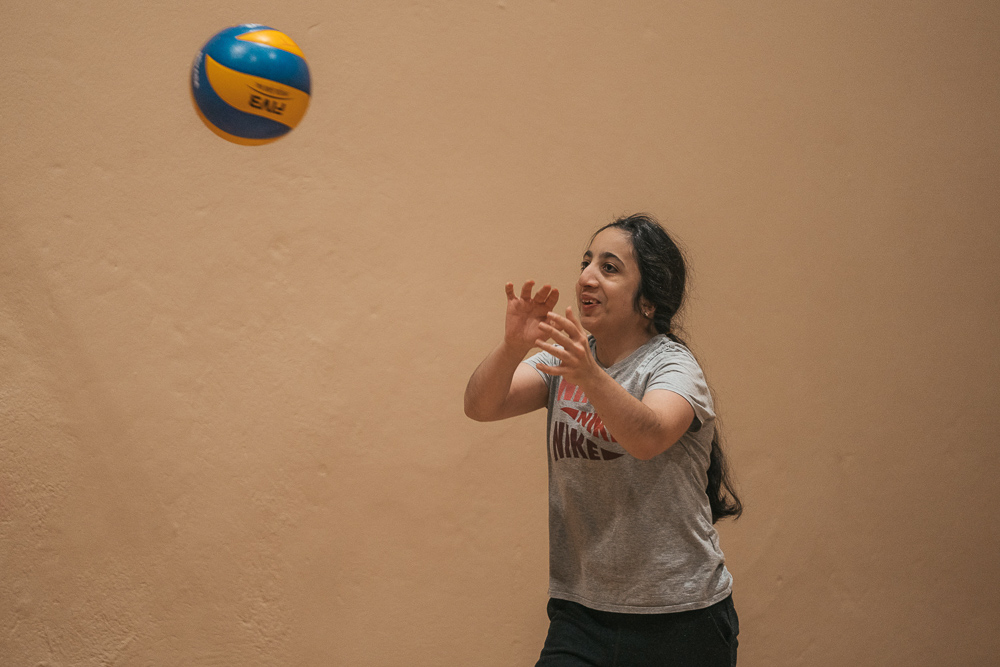 Interested in the Sports Council? Read about us and the activity guide here.

The activity guide – The path to participation

Aktivitetsguiden.no is a website designed to promote knowledge and an enhanced understanding about participation in Norwegian sport.

Aktivitetsguiden.no is also intended to provide extra support to the sports councils that have activity guides as a measure for helping children to participate in Norwegian sport. Other people can also use this website as an independent tool to enhance inclusion in sport. This includes families, public institutions, municipalities and sporting bodies.

This website and the Activity Guide deal with including all children and youth who so wish in Norwegian sport. Social rejection and exclusion are among the biggest consequences for children living in low-income families in Norway today. Both cultural and economic barriers to participation in sport exist – and aktivitetsguiden.no is designed to contribute to counteracting these.

The origins and function of the Activity Guide are based on a family perspective. It’s hard to imagine children participating in Norwegian sport without parental involvement in one form or another. Furthermore, parents, guardians and other volunteers are the greatest resource in Norwegian sport. Consequently, it’s important to get people who are new to sport involved as early as possible, for the sake of the child(ren), the parent/guardian and the sport. The Activity Guide is a bridge builder aiming to facilitate contact between the families and the sport and ensure that the families receive sufficient information about how organised sport works. Moreover, the Activity Guide contributes to the clubs receiving necessary help (for instance with language) to communicate with their new members.

After engaging in inclusion work in sports since 2002, the Tromsø Sports Council (idrettsråd) reached a point where we felt something was missing. Although there were many different sports provisions, we were not satisfied with the level of participation among families with immigrant backgrounds and/or low incomes. Something was missing. For many, the path from the family’s doorstep and into the sports hall or out onto the ski slope turned out to be too long and difficult. If you can’t communicate through a common language or perhaps if you come from a culture/tradition where sport is organised differently than in Norway, getting involved can prove difficult. We also know that an increasing number of children are growing up in low-income families and for many the financial barrier is simply too big.

In 2014, the Tromsø Sports Council decided to test its theory about whether a lack of support on the path to organised sport contributed to exclusion. We conducted a small-scale pilot project with our own funds, which we called the Activity Guide. Mohammed Ahamed (known in Tromsø as “Mo”), who was a professional football player for Tromsø (TIL) who had earlier played for Tromsdalen (TUIL), became the first activity guide in Tromsø and Norway. Mo had immigrated to Norway from Somalia at age two and started playing organised football as age six. Both Mo’s parents eventually got jobs via the network they established through their son’s participation in football. Mo’s participation in football had many positive side effects outside the playing field. Mo and his family were integrated into the local community through sport.

The activity guide pilot confirmed our suspicions: A link in the sport’s inclusion chain was missing. The result was overwhelming. After only a few months with Mo as an activity guide, more than 20 children were successfully included in sport.

In 2015, the Tromsø Sports Council started to collaborate with the Tromsø office of the Norwegian Labour and Welfare Administration (NAV) with increasing inclusion as a common goal. We sent a joint funding application to the Directorate of Labour and Welfare (AVDIR) for what we called the Activity Guide project. The result was extremely pleasing. We received a grant of NOK 500,000 for the project. At the same time, NAV Tromsø employed a person to work on developing the child perspective and measures for low-income families in the municipality. A close collaboration was initiated between the Tromsø Sports Council and this person. The goal was to work together to include the most vulnerable children in the families receiving income from NAV in sporting activities.

After it became clear that the Activity Guide project fell outside AVDIR’s guidelines for grants, the Tromsø Sports Council decided in 2016 to apply for funding from the Norwegian Directorate for Children, Youth and Family Affairs (Bufdir). However, this application was rejected. The reason given was that measures that supported children to participate in organised sport were not eligible for grants. This surprised us at the Tromsø Sports Council, so we started work to get these guidelines changed. Inclusion in sport must aim to include children and youth in existing activities where the other children are, not to create separate activities for specific groups. Bufdir also referred our application to the Ministry of Culture, which also rejected it. Everyone agreed that the Activity Guide was an important and good initiative. However, no one wanted to provide financial support.

Fortunately, our efforts with Bufdir produced results and in 2017 the guidelines for such funding were changed. The Activity Guide was recognized and deemed eligible for funding as a measure to achieve the inclusion of children/youth in sport.

Since 2014, numerous other sports councils and municipalities in Norway have started up their own Activity Guide as an inclusion measure. You will find contact details to sports councils with activity guides in the list at the bottom of the homepage.

The Activity Guide was developed further with the launch of aktivitetsguiden.no in November 2020. This website will serve as a tool and contribution towards achieving inclusion, enhanced knowledge and cultural understanding of sport in Norway. However, such information work will never be good enough and will require constant development and updating. Our slogan is: Grunnleggende (fundamental), Grundig (thorough) and Gjentatt (repeated) information.

Based on our goals and experience

The Activity Guide is:

• A guide into the sport

• A bridge builder between immigrant families and the Norwegian society

• Training in Norwegian values through participation in sport

• Training in and experience with volunteer work

• A contribution towards balancing and preventing health differences

• Training in fundamental values such as equality and democracy

• Assistance and support for vulnerable families (for a limited time)

The Activity Guide works to:

• Achieve increased knowledge about the importance of activity, sport and public health in families where language can be a barrier

• Counteract exclusion due to the family’s low income/financial difficulties

• Counteract exclusion due to differences in cultures/traditions and language barriers

• Increase the number of girls with immigrant background participating in sport